Out with the old, in with the New Year - It’s time to put the sit-up behind us

My war against the sit-up is nothing new. Those of you who know me may be well-acquainted with my thoughts on the subject, and may have even been treated to one of my rants about this obsolete exercise; I am quite passionate about this topic.

Core stability is an important aspect of every training program. Unfortunately, much of our core programming continues to be influenced by archaic principles, instead of progressing to reflect advances in our understanding of anatomy and biomechanics.

The ineffective and hazardous nature of the sit-up was established decades ago. I first learned, in no uncertain terms, that sit-ups are bad for you on my first day at the University of Waterloo, in Biomechanics 101 with Professor Stuart McGill. That was September of 1998. Almost 20 years later, we are still reluctant to accept that this longtime fitness routine staple has run its course.

I mean every sit-up variation. Straight legged, bent legged, butterfly, machine, decline and, for my CrossFit friends, Abmat and GHD sit-ups (the fact that you are using the GHD machine upside down should tip you off that something is wrong with this exercise). Here’s why. . .

Sit-ups put you at risk of a back injury

Our spines do not tolerate repetitive loaded flexion/extension cycles well, especially at the end ranges of motion. The sit-up does precisely that; it places a large compressive load on your spine putting you at risk of creating new, or aggravating existing, disc and/or ligamentous back injuries.

Conversely, our spine can handle a tremendous amount of weight in a stable, neutral position. When was the last time you were about to deadlift, and your coach came running over to tell you your back wasn’t rounded enough? Exactly. So, why train your core to pull you into a rounded spine position instead of training your core to maintain a strong, stable platform?

Sit-ups are not an effective ab exercise

Your abdominal musculature has a number of roles. Building on the example above, maintaining a stable, neutral spine may be the most important role your abs play. Core stability reduces your risk of injury and creates an effective platform for your shoulder and pelvic girdles, improving movement efficiency (read more power, less wasted energy).

Exercises emphasizing core stability/endurance around a neutral spine are more functional than the sit-up, which is hip flexor dominant and encourages a rounded spine. Some research has suggested that heavy lifts, such as squats and deadlifts, offer more functional core training than traditional exercises like the sit-up. Selecting functional, ability and goal appropriate core exercises is crucial in successful core training.

Sit-ups will not give you a “six-pack”

Let’s be honest: one reason we workout is to look good. The fitness industry knows it, and every fitness magazine and equipment manufacturer is happy to remind us that there is no way to do that without a well-defined “six-pack” or rectus abdominis. Hence the focus on training the anterior core, especially the RA, in our pursuit of the elusive “six-pack”.

However, the adage “abs are made in the kitchen” is true. Reducing body fat percentage is the only way to put your “six-pack” on display. Typically, you’ll need to reach 12-18% body fat, or lower, to start to show off your abs. Without proper nutrition, no abdominal exercise will get you to that number. The idea of “spot-reducing”, using sit-ups to burn abdominal fat, has been disproven. You simply can’t sit-up your way to a “six-pack”.

What should you do instead?

Omitting the sit-up may leave a sizable hole in your core training program, or it may leave you wondering what to substitute with if the WOD calls for sit-ups. Since no single exercise is able to engage every muscle of your core optimally, a variety of exercises are typically recommended.

An initial core program could include variations of:

A more advanced athlete may seek dynamic core exercises that reflect the demands of their sport. For my CrossFit/lifting friends, consider:

In closing, you need to stop doing sit-ups right now because:

Stability is NOT the Same as Strength 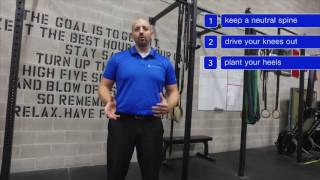 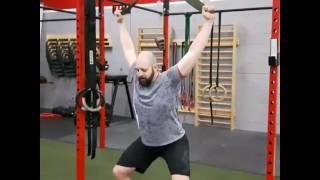 Where have all the Resolutions gone?